For anybody not a secret that Milan is the major economic center of Italy. Perhaps that is why the choice of apartments here is quite extensive. In any case, much will depend on the preferences of a particular person, however to become a full or temporary resident of the city, good accommodation for everybody

To buy an apartment in Milan means to fully take in the atmosphere of ancient culture, which is organically intertwined with the modern fashion trends. True connoisseurs of art know that many years ago in Milan created by Leonardo, and here was opened the first Opera house, which today bears the name "La Scala". One of the most prestigious streets of the city — Monte Napoleone, it attracts shoppers from all over the world. For those who want to buy an apartment in Milan for permanent residence, this area of the city, of course, remains one of the most attractive.

To buy apartment in Milan — "pink" the dream of many influential businessmen and simply successful people. This can be explained by the fact that business life in the city was seething. Not to be unfounded, it is sufficient to recall the famous Milan "Fiera". That's what the locals used to call the annual Grand exhibition, showing the latest developments of the industry, from luxury cars to modern furniture. In addition, you need to remember about Milan designers who compete with their French colleagues, and turned Milan into a real capital of fashion.

As practice shows, today to buy real estate in Milan is not as difficult as it may seem, and the constant demand for property only they made it easier for potential applicants of the housing, because the city authorities have taken care to ensure that the procedure is not time-consuming. In the end, the Northern capital of Italy is developing rapidly, and people who move to Milan, stay here for many years. 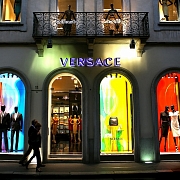 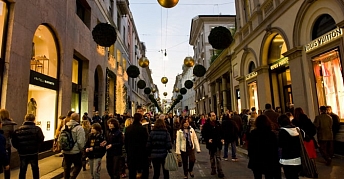