Main / About Italy / Articles / Closer to the stars!

Closer to the stars!

Giorgio Armani, one of the richest men in Italy, the founder of Armani. According to Forbes magazine, its capital has about $ 6 billion. History of career of the stylist from Piacenza started in the capital of Lombardy, Milan.

Today the brand Armani is popular among Hollywood stars such as George Clooney, Lionardo DiCaprio, Tom cruise, Julia Roberts and others. But few people know that back in 1975, to open its first office on the Corso Venezia, 37 in Milan, Giorgio Armani had to sell my beloved beetle, white Volkswagen Beetle. A turning point in his life was the release of the movie "American gigolo" with Richard Girom in the title role. It was with this film where the main character was wearing Armani, he began his story with the world of cinema. That's when everyone in America wanted an Armani suit.

Today, Armani is not just a trendy clothing brand, but a lifestyle. Giorgio Armani works in various fields, from design to interior decoration. Recall that Armani is a designer of fashionable apartments and hotels, among which it is worth noting the World One skyscraper in Mumbai, Armani Hotel Dubai and Armani Hotel Milano. This hotel in Milan is located in the trendy "Golden square", close to the famous shopping streets of Montenapoleone and Spiga.

However, fashion the geography of Milan is not limited only to the "Golden square of fashion" and today, more and more fashion houses are moving away from common platforms and strive to create their own space for fashion shows and presentations, to emphasize the individual style of the designer.

The most striking example is Giorgio Armani district on ulitsa Bergognone, which contains all the many-sided world famous fashion designer and where not long ago opened its Museum Armani Silos.

Giorgio Armani owns a lot of real estate. August he prefers to spend at his Villa on the island of Pantelleria, and to live and work in the centre of Milan.

He loves Milan and calls it "My city", the city that gives him peace of mind and energy at the same time. Among the favorite places of the stylist in Milan it is worth noting a small Museum Poldi Pezzoli in the street Borgonuovo, the Brera art gallery, the Basilica of Santa Maria della Grazie and cinema "Anteo" in the street Milazzo, 9. Also fashion stylist is a frequent visitor to the store — Drogheria Parini 1915, on the street Borgospesso, 1. From the words of the stylist, in this old shop, which is under the Church of San Francesco di Paola, he buys sweets not only for themselves but also as a gift. 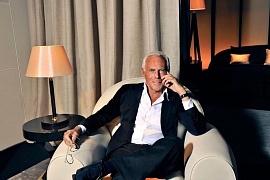 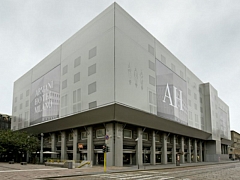 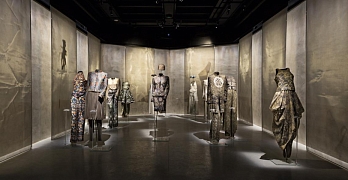 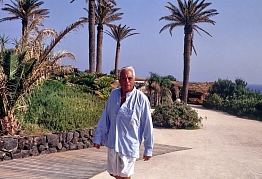 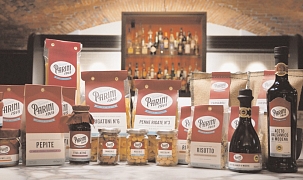