The attitude in Italy towards refugees from the middle East

At the moment, many people planning a move to Europe, seriously concerned about the situation of refugees, which is so trumpeted by the media. How this question is today in Italy? Let's take a closer look at the situation.

Italy as a member state of the European Union is a highly developed country that recognizes basic human rights.

In this country turns out today, two types of support:

Refugees formally have the right to employment and access to education and health.

However, it should be noted that, for obtaining official status of refugee, the person requires skilled care legal entity, which is able to regulate simultaneously in several countries, is fluent in legal norms and the country receiving and the country abandoned. That is, the fact that the threats and harassment and human rights violations needs to be very efficiently proved.

In addition, proof is necessarily subject, and the inability to solve the problem in the abandoned country by any legal means. Thus there is a sifting of civilians unlawfully targeted by various elements from the various undesirable elements. This system works really well, recent polls among the official refugees show their significant commitment to the liberal currents and peacefulness. Though many of them are adherents of the Muslim religion, however, most of them not only do not support but condemn the radical movements of the religion.

Illegal migration in Italy today is strictly controlled by the gain of the posts on the border with Tunisia, in addition, the recent decision on the issuance of temporary residence permits in the first order to those who have expressed the desire to leave Italy to any other country of the Schengen agreement, stimulates the overall decline in the number of refugees in the country.

Thus, we can easily conclude that the devil is not so terrible as he is painted. Of course, a number of refugees in Italy is present, however, their activity is regulated by legislation and controlled by the authorities. Today Italy has taken a number of actions designed to become a truly multinational country. This will certainly be a big step forward in its development. 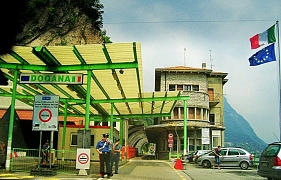